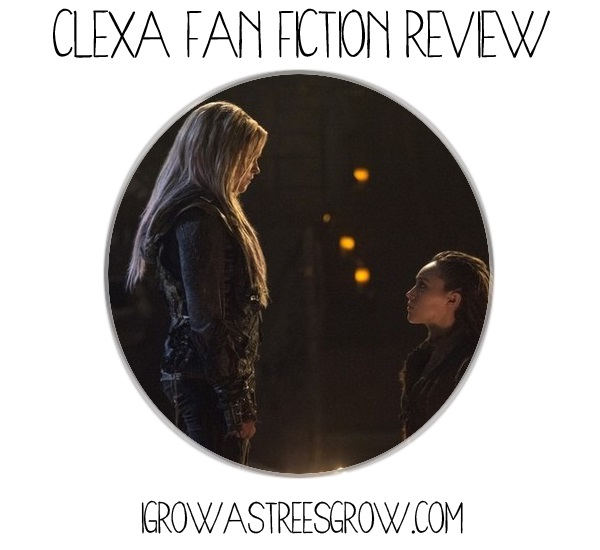 A few years ago now, I remember watching the 100 during the time that the first season aired. I love media that shows the future and especially the apocalyptic future as it seems like a much more tangible future to me. So, when I saw a commercial for the 100 I knew I had to watch it. I watched two episodes then dropped it. It was slow going and kind of boring for me, at the time. Then a long while later I heard chatter about two girls kissing and that it was genuine. So, now, without spoilers besides the kiss, I had to watch the show. I started to like the show after five or six episodes in but still wasn’t deeply invested as a die hard fan should be. Then I got to season two, which to me is the best season yet, and getting to know the grounders and the people of the mountain. I fell hard into that part of the 100. There was hope and intrigue. Where it wasn’t entirely chaos and death. There was love and compassion from those who’ve always lived on the ground. When the Lexa and Clarke kiss happened that sealed me in as a fan and wrapped me up in emotions. It was an unexpected scene, even though I knew it was supposed to happen some time, and from then on I watched, read, and stayed on top of anything I could find Clexa related. Which was wonderful. Then later, when Lexa was shot, she felt real and I wept for the loss of her. As I’m very sure many Clexa fans did. A fandoms creativity usually blossoms because of the suppression of a ship on a show that clearly shows chemistry but with Clexa it blossomed because of the love for the character and what they truly could have been. Fan fiction itself doesn’t get enough credit and I would like to give that credit to those authors by reviewing their works as I would for a published book.

I, like others, was disappointed with some aspects and events in the show. Some things were overlooked and forgiven, such as plot holes and understanding of events, places, and people. Other things, such as Anya’s and Lexa’s unnecessary deaths, were not forgivable or forgotten. Thus, this incredible fan fiction was born.

Holon is the first in a two part, so far, series of pieces with only this one being completed. Nous, the second in the series, is currently being written with only a chapter published so far. However, to me, Holon could stand on its own.

Holon, meaning whole, starts off in a similar place that season three did. However, there are some changes in dialog and characters. The whole story covers holes from the show, changes in dialog, changes in events leading to an original direction. All of which, I very much enjoyed.

The main attraction to this story for me was that Lexa lived through all their problems and so did Clarke. The best part was that Titus didn’t even shoot Lexa! I did like how he was kept in character and never got around to liking Clarke. In this story, Lexa was used to her full potential as a character and then some more. Which was great to read.

The political part of the story was super fascinating. I really enjoyed the depth and intricacies. Especially with the war and the nations/clans which was only hinted at in the show. Then mixed with cultures and beliefs, it was absolutely amazing. It added a true depth that I much appreciated.

This was an absolutely amazing piece of fiction that just happens to be fan fiction. I couldn’t have asked for more. It did everything I wish the show would have. It had all of the emotion but with better follow through. I hope to read more of this series soon. Those who do read it will not disappointed.

At some point, I will do reviews on the show and the books. That is definitely a future task of mine. However, it  may be a little while.