Religion, and the many Gods that have been believed in, deeply mark human history. Each religion has their own set of books, their own truths, full of adventures, death, and love. The Greeks and their belief in the Gods that only had as much power as they believed the Gods had. Now, they’re myth, fiction, in the modern world. This book, Oppression, explores a reality where the Greek Gods, and those after them, had led us to believe that they are fiction.  A wonderful idea to bend our reality to a possibility of Gods walking among us and that in itself is a wonderful concept.

Love will make any sane person completely insane and cause them to do things they normally wouldn’t do. Love can also be used as a tool which the Greek Gods did very well. Love can also be used as a tool in a story which could make or break it. In the case of this book, love shattered it into a million pieces. It was a case of ‘the girl looked at this boy for the first time and fell in love.’ I’m not a big fan of instantaneous love. The whole book revolves around it as well. I am glad that the author, Jessica Therrien, made it known in this book, which is the first of the Children of Gods series, rather than another book that she wasn’t manipulated to fall in love. I feel that the story would have been better if the love portion was slowly integrated into the story while not necessarily taking forever to get there but not being instantaneous. This is the part that ruined the book for me.

The backbone for this story was pretty good. The love portion took away from the rest of the story and dimmed it down a lot. The character actually has some character though. She has a lot of feelings. She has love with family and friends that she had long before a boy she felt that loved came along. She has her own likes and dislikes. I was personally very satisfied with the depth and was glad to see she wasn’t a blank character without a boyfriend. Her history was explored very well. Her ‘current’ feeling and choices were also explored. Her past and ‘current’ was blended together very  well. I didn’t feel as if it was doing a hard cut to different scenes. Felt really seamless. So, if nothing else this story has a mostly solid backbone for the story all by itself.

The Gods offer a already defined structure to reinforce the backbone that was created by the author. The author did provide a slightly humanizing twist to what is more commonly known about the Gods or perhaps adding a new layer to them. I thought it was smart to use an already existing background that offers an alternative past that stretches further than the main character. I liked the structure that the author used to make the culture and the people that just happen to have a godly inheritance. The governing system is vague and so are the leaders with the only real thought behind them is that they are horrible beings which makes me wish it wasn’t there. I am a fan of rebellion though. It just felt that the leaders were shells for the ‘heroes’ to fight against. An empty oppressive government. That would certainly partially explain the title. For this portion, the extended background was fantastic in how it was blended with the original content except when it came to the government which felt very washed out and unnecessary since it was tucked into a back corner just to pop out to threaten the characters.

As I’ve mentioned before, this book is the first in the Children of Gods series. With that, I hope that the other books are, overall, better than this one. I did like the idea of myth meets reality. However, I would not recommend reading. I still have the rest of the series to read and sometimes the first book isn’t the best place to judge a continuous story. So, I’ll review the others at a later date and maybe my opinion will change.

This book was given to me in exchange for an honest review via ebooksforreview.com. 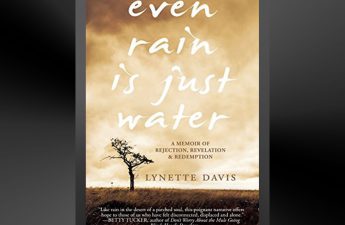 Read It: Even Rain Is Just Water 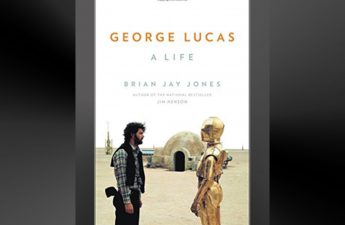 5,018 thoughts on “Read It: Children of the Gods Series – Oppression”